During the few times I’ve traveled to and from Europe and South America my layovers have all been in Amsterdam. The longest I’ve stayed inside the airport was six hours, which may seem like a long time but not long enough to explore the city. So for my last trip, I intentionally took a longer layover so that I could finally get out of Schiphol and see the city which has always been so near yet so far.

I had been traveling the past month with my parents and sister so I was feeling a little lazy to go out on my own. But by some stroke of my luck, my sister unintentionally found her Top 10 Amsterdam book the day before I left Newcastle. I was still a bit unsure but as soon as I landed at Schiphol I went straight to the information booth to ask for some details so I wouldn’t second-guess myself. After standing and waiting nervously in front of the Immigration officer for a very lengthy fifteen minutes for some odd reason I do not know, I proceeded to take the train to the city centre. Armed with my adorable backpack from Florence and my guidebook I proceeded to Amsterdam Centraal Station.

After going to the tourist information kiosk I decided against going on an hour-long canal cruise, even if I had about four to five hours. I went with a ‘self-guided’ walking tour which meant going in the general direction the info lady told me and then playing it by ear from there.

After resisting the urge to buy and eat French fries (I overheard a tour guide saying it’s one of the most Dutch things to do in the city) I reached Dam Square. I sat around for a bit, taking in the flurry of activity in the area. I was bent on looking for Dutch pancakes so I had to stay away from the chip shops. Ah, the trouble with solo traveling – there’s no one to share food with so you can’t get as many things as you want. 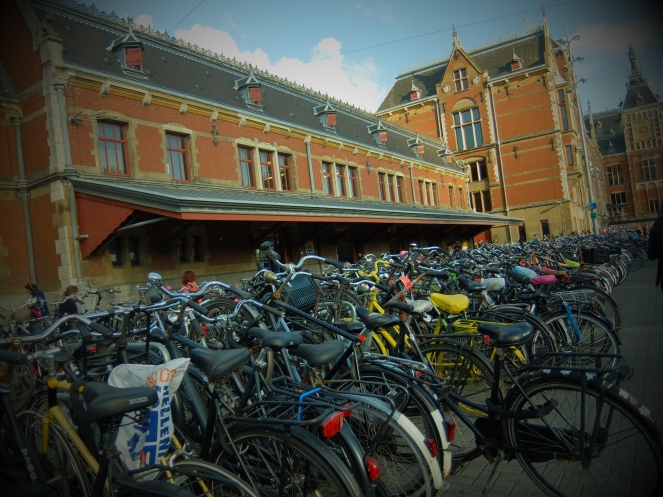 From there I headed to the general direction of the city’s infamous red light district and just walked aimlessly from there. If you’re reading this hoping I can give you substantial information on Amsterdam, you’ve come to the wrong place. Come on, I was only there for a few hours! 😀 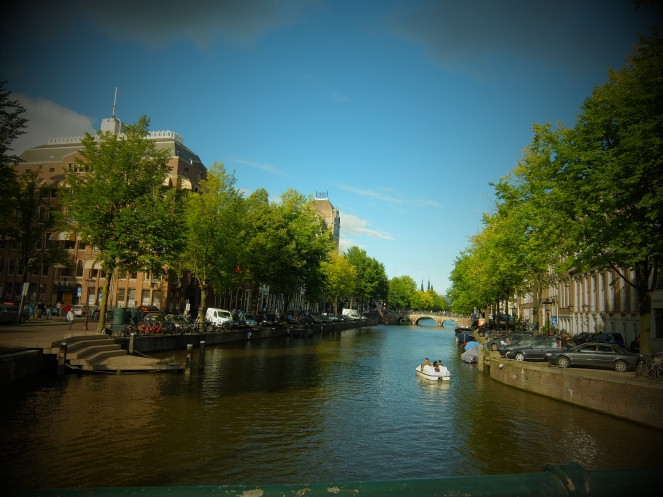 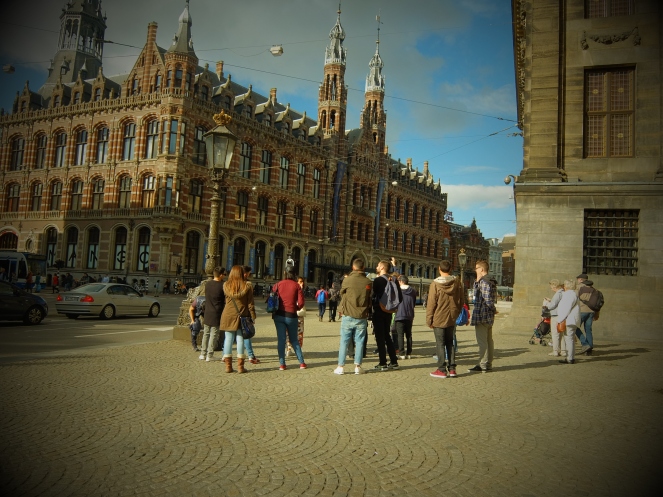 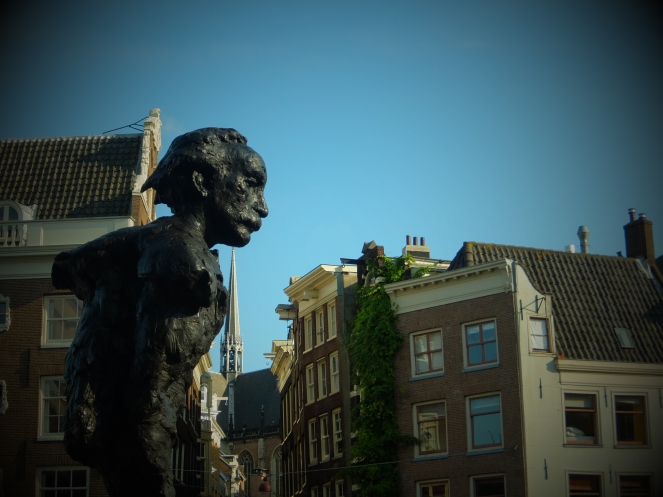 Late lunch was a pannenkoek with mushrooms, bacon, and onions. 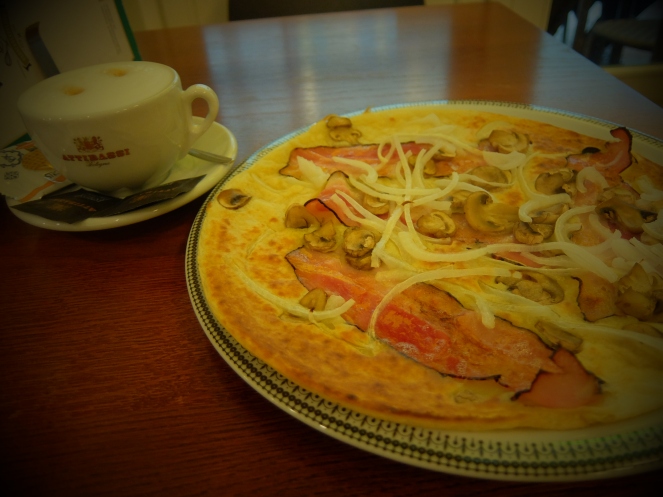 I definitely intend to go back and explore more of the city and hopefully with company next time around. I look forward to visiting the museums and eating more of their delicious food!  And maybe, just maybe, I’ll take home some stroop and cheese for good measure. See you, Amsterdam! 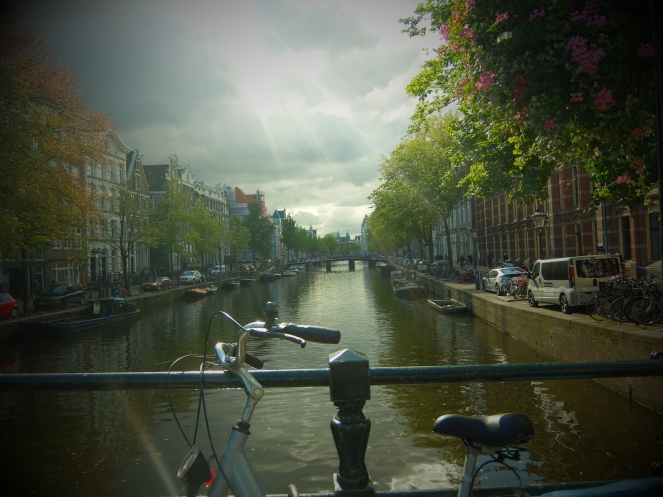 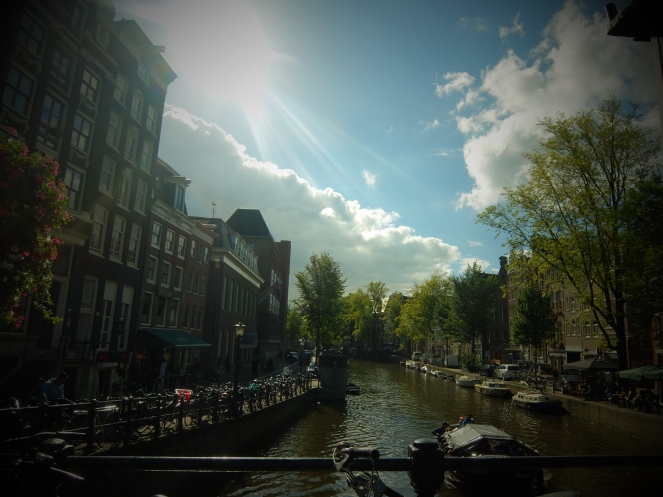 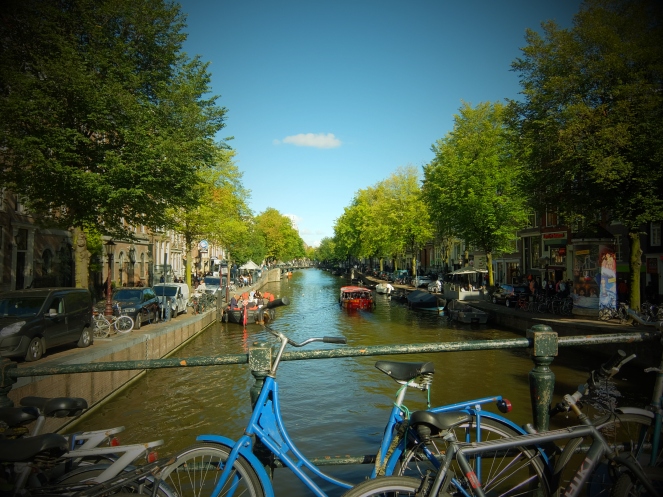 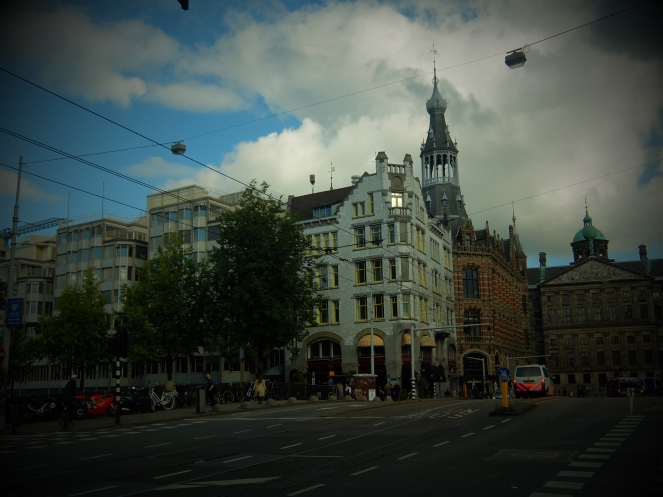 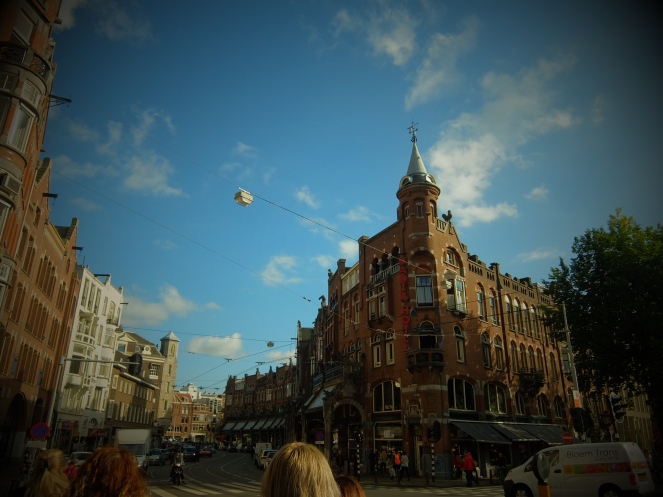 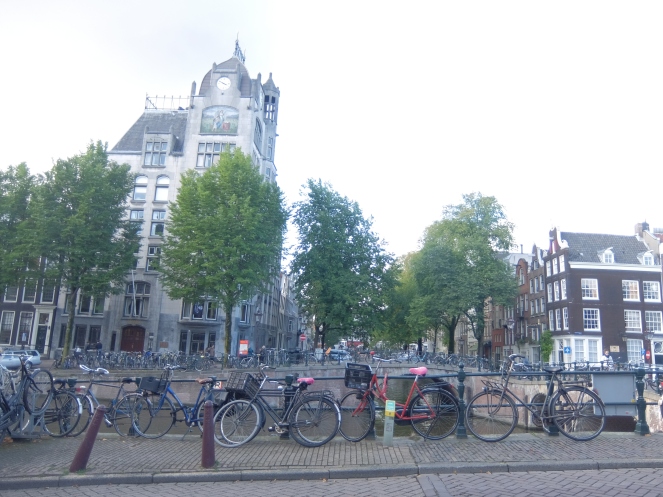 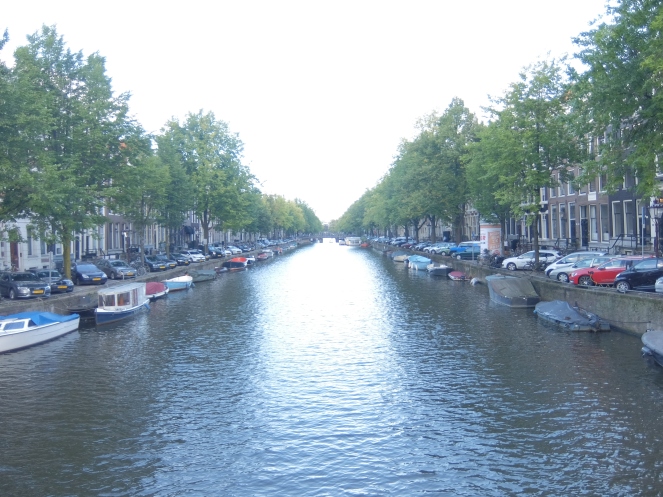