​We were back at the Newcastle city centre to explore it a bit more. Luckily, there was a world food market going on at the area near Grey’s monument. There were so many wonderful choices.

We got some Dutch pancakes drizzled with lemon and Dutch syrup and a currywurst.

There were lots of other cuisines available – Spanish, Indian, Greek, Chinese, and Moroccan, to name a few. Some nonfood items like flowers and plants were for sale as well.

After that we had coffee at Costa right across the Theatre Royal. Mary Poppins is playing until late October. 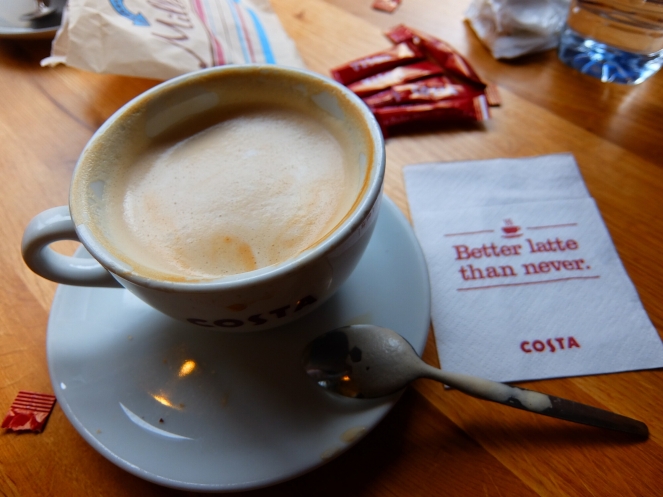 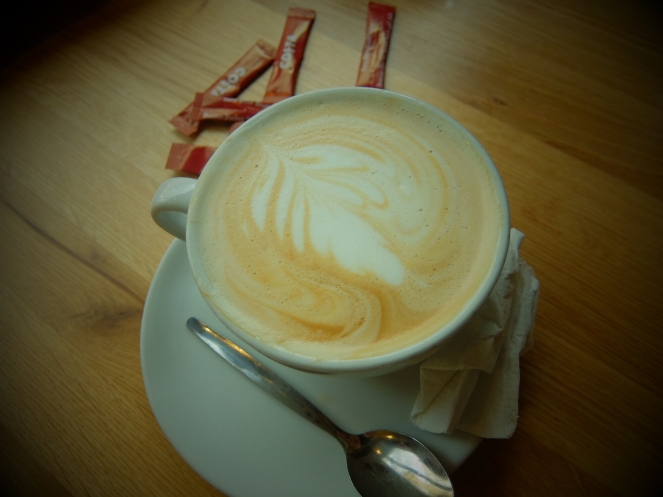 We stumbled upon Grainger market but my camera had run out of battery at this point. There were nice little stores selling anything from fresh produce and cooked meals to shoes and clothes. 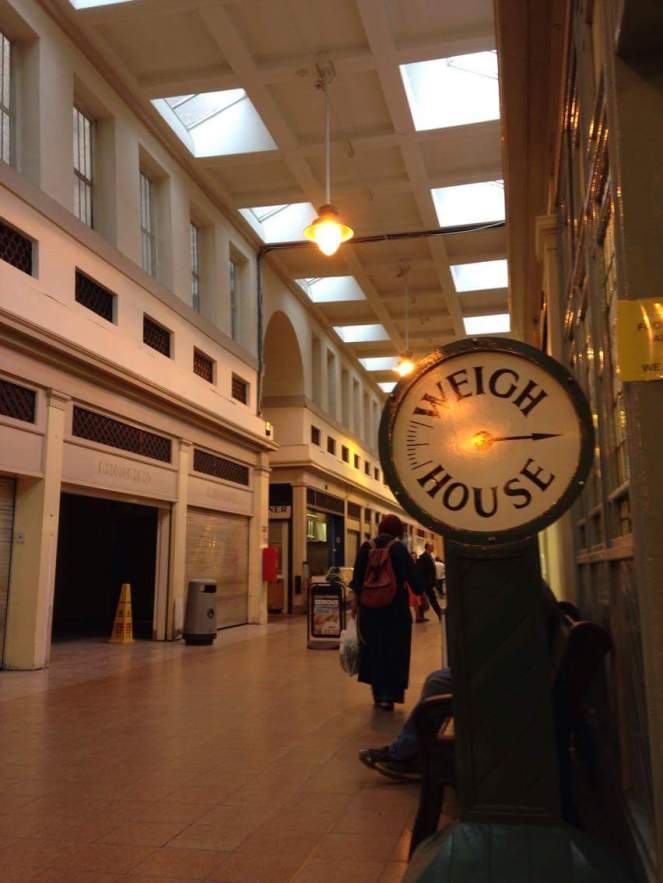 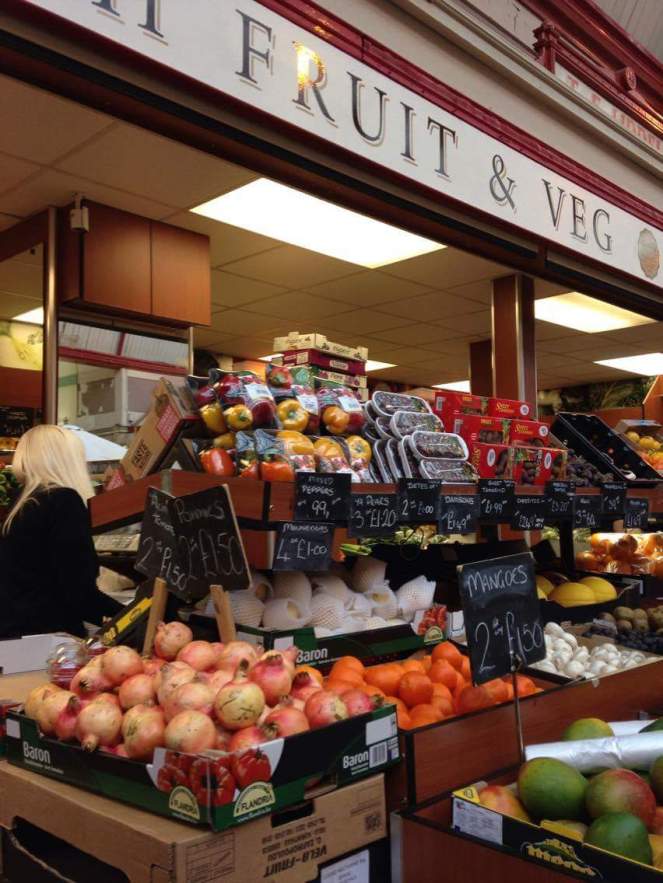 We happened to get into the charming Central Arcade as well. 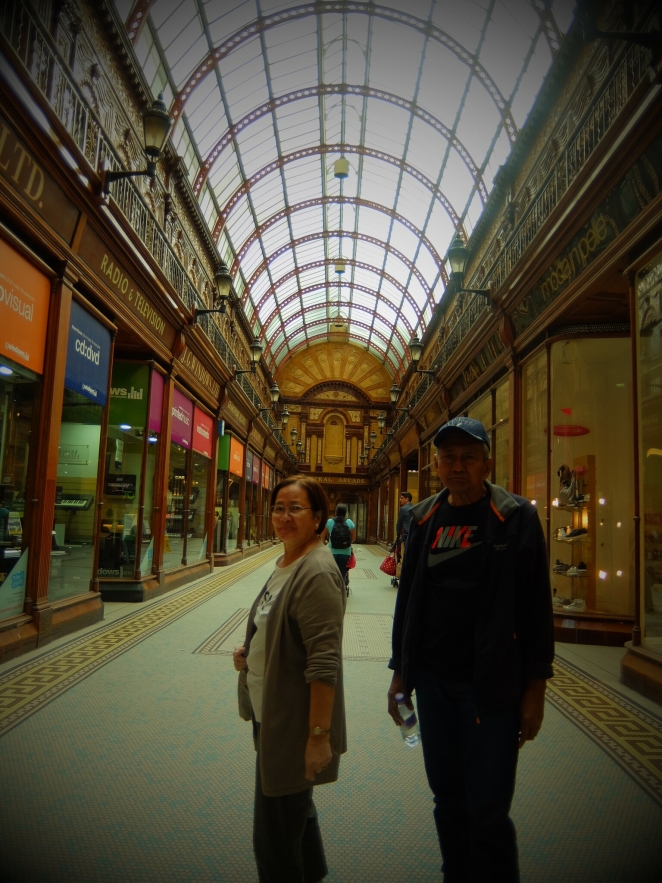 Then me and my parents were off to meet Tess for dinner. The restaurant of choice was Dabbawal. 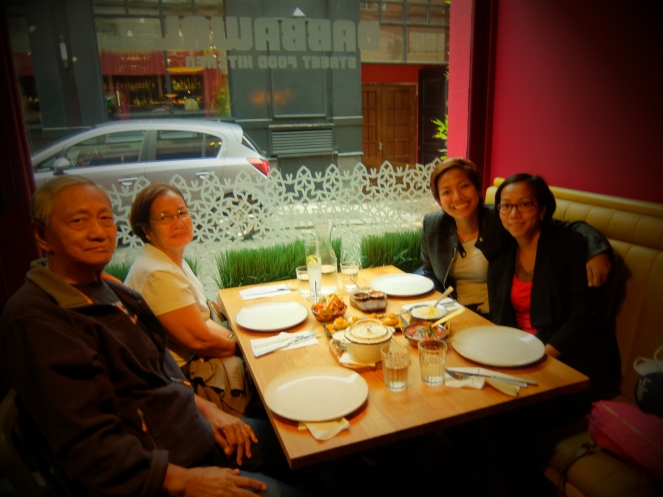 The food was good except for the Bengali chicken that burned our tongues. That provided laughs throughout the night.

We went home to pack our stuff because in the morning we were set to continue our adventure…in London!:)