The weather had been extraordinarily cold in Tokyo for that time of year, the beginning of April 2015. When Arnaud and I finally caught a break we thought it would be nice to do a little day trip outside the capital.

South of Tokyo lies a charming little city called Kamakura filled with temples, hiking trails, and beaches. There is certainly a lot of things to see in this quaint place and the usual starting point is a ride on the Enoden, a tiny train that weaves its way in between houses. It makes you feel like you’re just walking through a neighborhood and not riding the train at all. 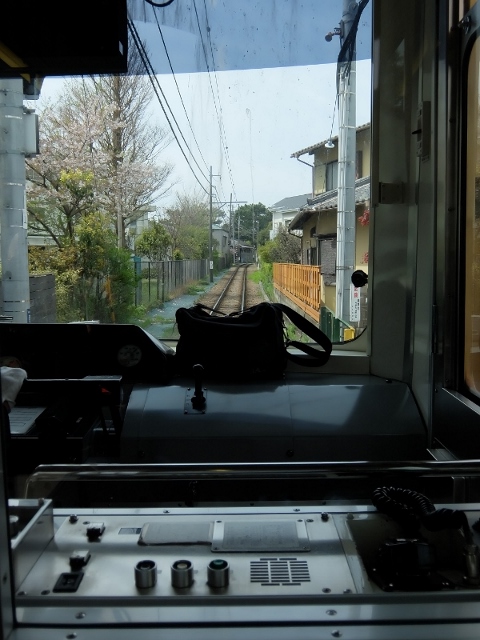 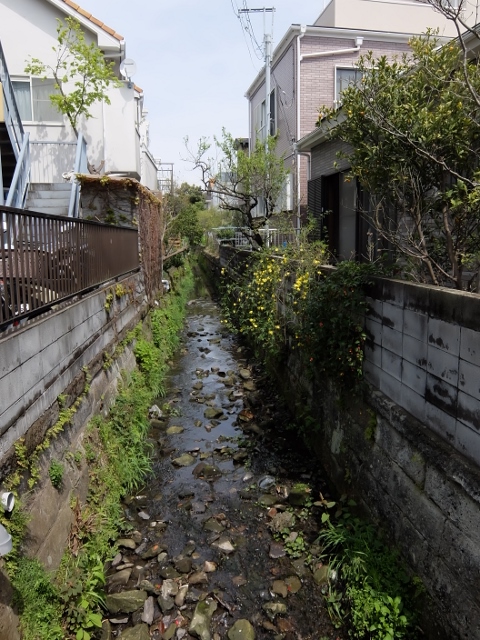 We originally planned on renting bicycles to make going around easier but we found out we had to return them to the same spot where we got them. Not so convenient, so we decided on good ol’ walking.

Our first stop was at the Hasedera Temple. Built along the slope of a hill, it has different levels that allows you to discover something new at every turn. 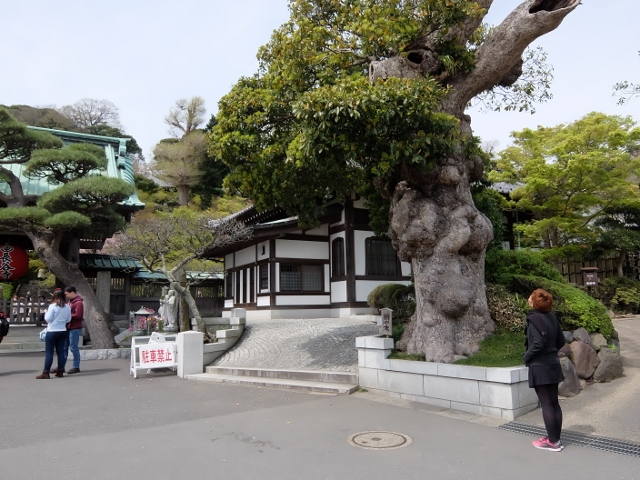 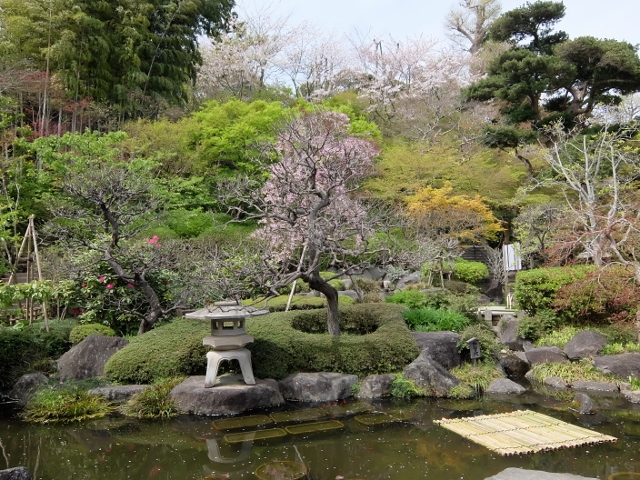 We moved on the Great Buddha of Kamakura by foot. Set against a backdrop of blue sky  this 13-meter bronze statue definitely stands out. It’s the second tallest bronze Buddha statue in Japan. You can go inside it but there’s not much to see.

After the Great Buddha we had a small snack outside. There are little stalls selling all sorts of little snacks like croquettes and dango (Japanese dumpling).Plus, Arnaud got to meet a new feline friend.

We saw that there was a hiking trail up ahead and instead of visiting other temples, we decided to go up that path. It is called the Daibutsu hiking course, which connects the Great Buddha to the Jochiji temple by walking for an hour to an hour and a half. But who’s in a hurry, right?

The trail is on an incline on some parts but it is not steep. Navigation is not a problem as well. For beginners this path is very manageable. It provides amazing views of the sea and the city and leads to several surprises along the way, like a cafe in the middle of the woods. 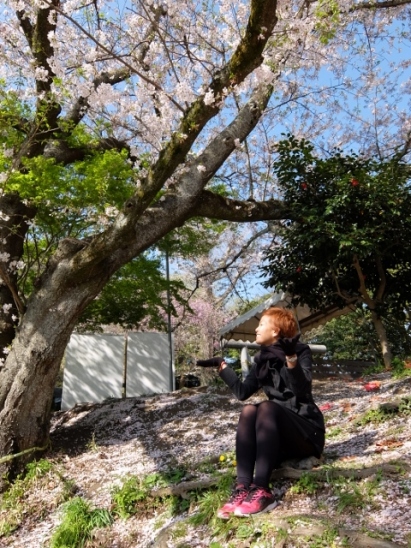 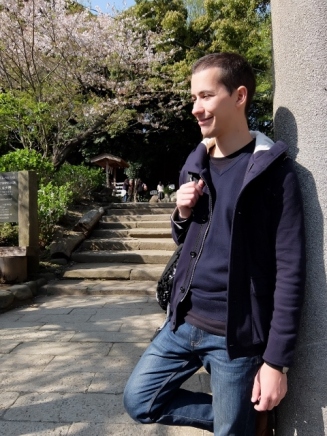 The Kuzuharaoka Shrine was another pleasant surprise along the trail. It is quite small and very tranquil. Not too many people were here when we visited. The outside had some cherry blossom trees which provided a perfect picnic setting for some Japanese men enjoying a leisurely afternoon chat. 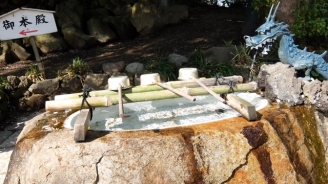 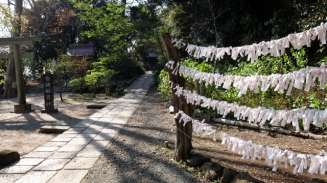 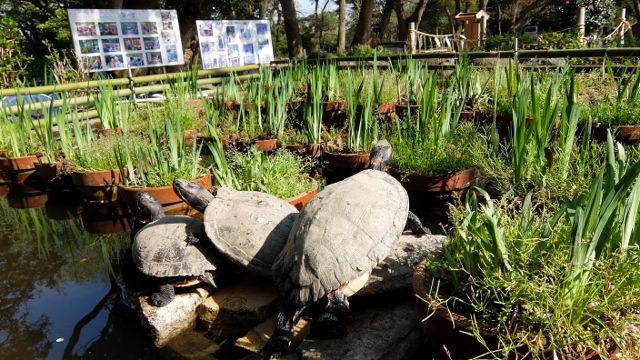 Past this temple we encountered a pretty little park with a statue of Minamoto Yoritomo. The kids were playing, the cherry blossoms still had some flowers left on them, and the sky was clear and blue. It was truly a picturesque scene. 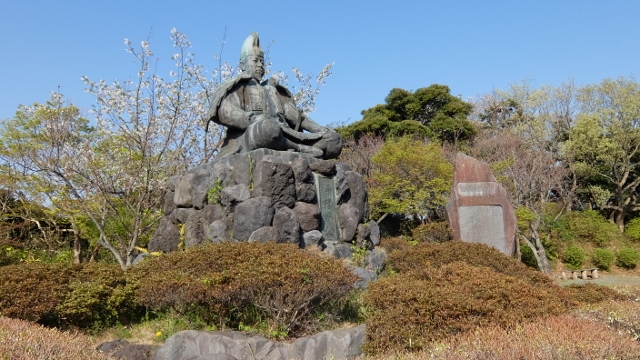 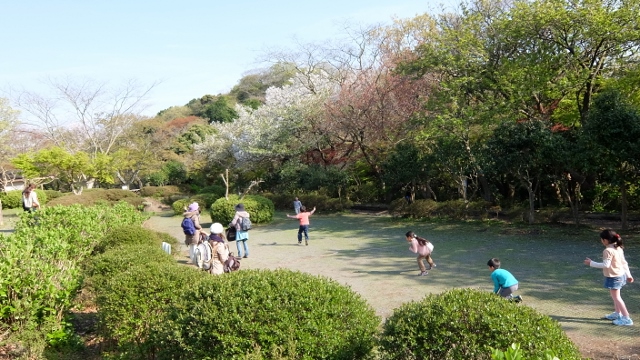 We continued hiking down a narrower path as the trail neared its end. 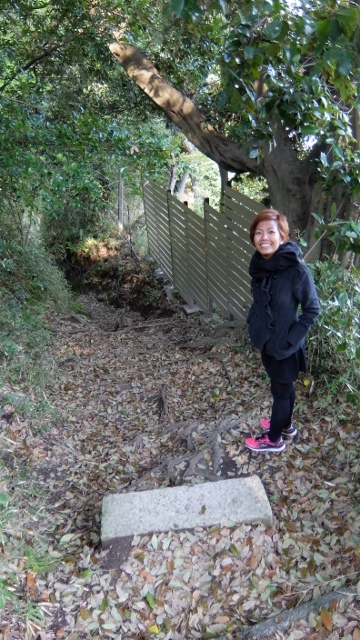 After our little hike we proceeded to the Tsurugaoka Hachimangu shrine. But as always, there are things to see along the way and food to try. All that walking burns precious energy. 😀 We passed by this long street of shops selling snacks and crafts where Arnaud scored a pretty little bento box and a set of chopsticks that you can unscrew in the middle to make it smaller and more handy.

It was almost the end of the day when we got to Tsurugaoka Hachimangu shrine. Sunlight and the tourists were dwindling by this time. The grounds are huge and had a lot of points of interest. 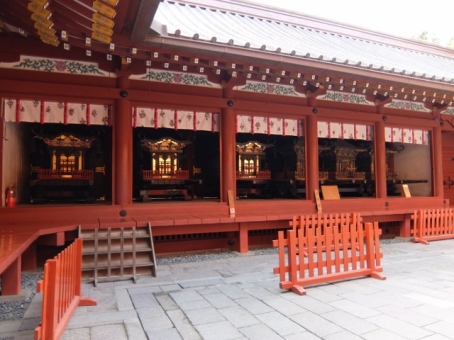 Unfortunately for us the avenue lined with cherry blossom trees was being renovated but that’s just a minor disappointment. After all that we had seen and experienced in Kamakura I would say that was a day well-spent. I would definitely want to come back and explore more of this charming little city.